Will they like it? What if they hate it? Will it receive such good reviews as Book 1? Am I a one book wonder?

When Lynda asked me to write a blog post about ‘the second book’ these were the questions that bubbled to the surface.

I’ve been e-published with The Girl on the Beach for over a year now and that book has just been issued as a paperback. I’ve had 72 lovely reviews for that story and, like Lynda’s first book, it won Choc Lit Publishing’s Search for a Star competition. As a very modest, shy person this made me think that the story must be okay. Lol.

My second novel, The Truth Lies Buried is e-published on 1 May 2018. I’m hoping that this one becomes a paperback in time too, but second book nerves have already begun to gather and doubt crows to circle.

Thankfully, the way that Choc Lit works is slightly different to many publishers. When you submit a book for consideration it is sent to a panel of readers and the author only gets a contract if these readers return favourable comments.

Also in common with Lynda, this second book was written before my first published novel. It was started at a writing workshop at the Romantic Novelists’ Association conference in 2011 run by author Linda Gillard. Its first chapter (now chapter three) was shortlisted for the former Festival of Romance New Talent Award. Co-incidentally, that was the first occasion when I met Lynda too, as she was also shortlisted.

I came to the conclusion that it wouldn’t matter if it was book two, three, four, or beyond a writer is bound to have a certain amount of trepidation when releasing a book into the world. So, I will take a deep breath, cross my fingers and hope that people enjoy my new story when it is published on 1 May. Wish me luck …

About The Truth Lies Buried

Two children in a police waiting room, two distressed mothers, a memory only half remembered …

When Jenny Simpson returns to the seaside town of Borteen, her childhood home, it’s for a less than happy reason. But it’s also a chance for her to start again.

A new job leads to her working for Carver Rodgers, a man who lives alone in a house that looks like it comes from the pages of a fairy tale – until you see the disaster zone inside … 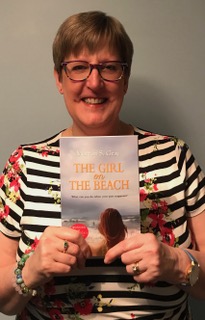 As Jenny gets to know Carver she begins to unravel the sadness that has led to his chaotic existence. Gradually they realise they have something in common that is impossible to ignore – and it all links back to a meeting at a police station many years before.

Could the truth lie just beneath their feet?

Morton lives with her husband, two sons and Lily, the tiny white dog, in Worcestershire, U.K. She has been reading and writing fiction for as long as she can remember, penning her first attempt at a novel aged fourteen. She is a member of the Romantic Novelists’ Association and The Society of Authors.

Her debut novel The Girl on the Beach was e-published in January 2017, after she won Choc Lit Publishing Search for a Star competition. The story follows a woman with a troubled past as she tries to unravel the mystery surrounding her son’s headteacher, Harry Dixon. This book is available as a paperback from 10 April 2018.

Morton’s second book for Choc Lit The Truth Lies Buried is published as an e-book on 1 May 2018. Another romantic suspense novel, the book tells the story of Jenny Simpson and Carver Rodgers as they uncover secrets from their past.

Morton previously worked in the electricity industry in committee services, staff development and training. She has a Business Studies degree and is a fully qualified clinical hypnotherapist and Reiki Master. She also has diplomas in Tuina acupressure massage and energy field therapy. She enjoys crafts, history and loves tracing family trees. Having a hunger for learning new things is a bonus for the research behind her books. 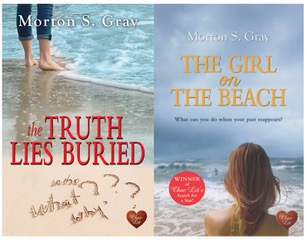 Pre-order link for The Truth Lies Buried at http://www.choc-lit.com/dd-product/the-truth-lies-buried/ or http://getbook.at/TheTruthLiesBuried

Purchasing links for The Girl on the Beach at http://www.choc-lit.com/dd-product/the-girl-on-the-beach/ or http://mybook.to/TheGirlontheBeachbook

One thought on “Morton Gray and ‘2nd book syndrome’”

This site uses Akismet to reduce spam. Learn how your comment data is processed.